Mad Dog Mcrea blend a unique mixture of folk rock, pop, gypsy jazz, bluegrass and ‘shake your ass’ music. From self-penned songs of adventure, drinking, love and life, to traditional songs of gypsies, fairies, legless pirates and black flies – Mad Dog never fail to capture their audience with their infectious songs. In constant demand and having played just about every festival and two-bit, jibe-arsed dive in Christendom, Mad Dog Mcrea are, in every sense of the word, a live, band.

Matched with the unshakable dedication of their massive and “loyal-to-the-hilt”, fan base – Mad Dog Mcrea are more than just a very popular, festival act – with five albums under their belts, they are serious and acclaimed recording artists too. During 2019 Mad Dog Mcrea will be in the studio recording a new album.

The famous purple happy bus is fired up and ready for action, and there’s room for you – jump aboard! 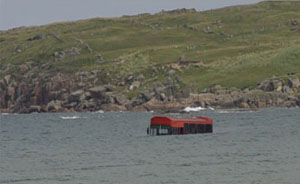 Mad Dog are acclaimed, not only for their music but for the off stage antics that seems to surround them.

One such story, which has become local folklore in Donegal, Ireland saw the Mad Dogs under the influence of the local moonshine, returning from a festival in the dead of night on their newly refurbished and very plush tour bus. Confused and very lost they decided to park their large bus off-road on a nearby beach. Parking very close to the water’s edge they continued to party inside the bus until the little hours blissfully unaware of the rapidly rising Atlantic tide. The bus began to sink in the sand as the ocean quickly engulfed the inside of the bus. Realising their predicament the band proceeded to vacate the bus and swim to safety. As the bus disappeared under the Atlantic waves the drenched and dazzled band could only look on as their equipment and instruments sunk into the depths of Davy Jones’ locker. 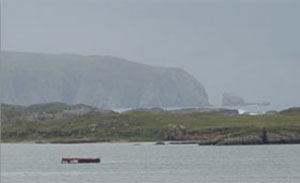 All was lost that night except a vague memory of the incident, the hats on their heads and The Music…

By signing up you agree to receive news and offers from Mad Dog Mcrea. You can unsubscribe at any time. For more details see the privacy policy.